The Wonders of Giving Back... 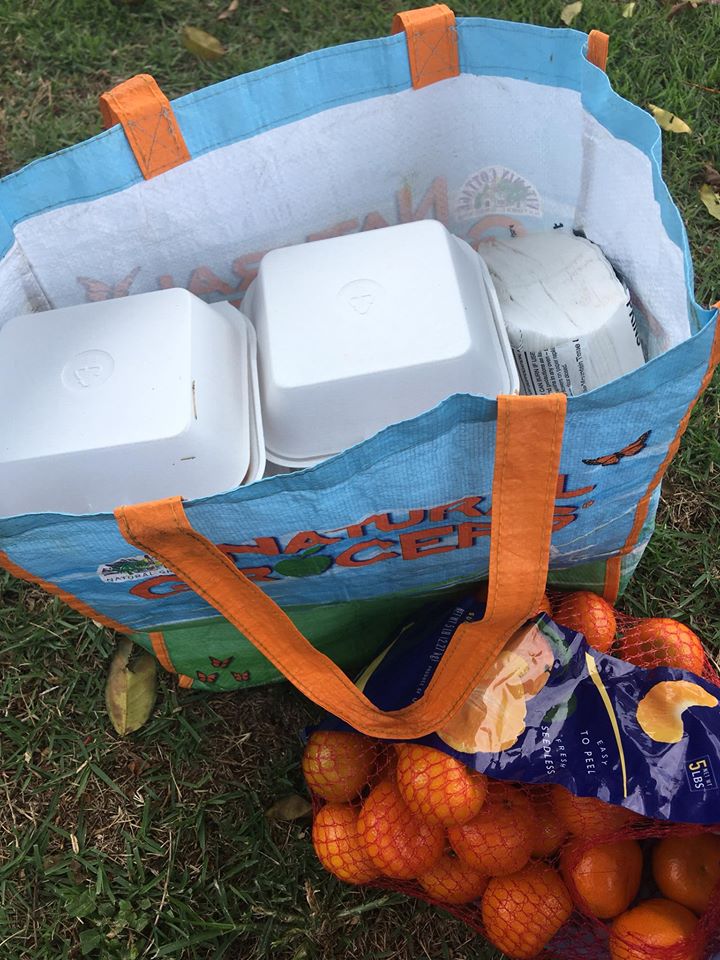 As I was flying home from visiting with the founders of Chilis on Wheels, Michelle and Ollie, in Puerto Rico I was reflecting upon what it means to be of service. You see, I spent much of the week painting the new Casa Vegana de la Comunidad for its opening and I found it deeply fulfilling to support my friends. However, it was when we went to the city of Vega Baja that I experienced true service. It was here that I watched how the heart of Chilis On Wheels beat as vegan breakfasts were served to those without a home. In serving simple oatmeal to those most in need something else was happening too. A listening, from both sides, was taking place. I knew, from previous experiences, that with time these men would trust Michelle and the volunteers enough to ask for any additional support they needed. This to me was the epitome of selfless service, showing up week after week doing one simple thing that leads to deeper connections and a sense of community.

The feeling alone catapulted something I had thought about for years into action. Upon returning home I raided my cabinets, made a pineapple stir fry, drove over to an area that I know those without a home live and handed out 14 hot meals. This was only a first step. To be of the service that I experienced in Puerto Rico I also needed to make a few deals with myself so I could consistently show up. First, I would give from what I had, stated another way, I would not overgive. So I committed to a monthly vegan meal share. Food in the Hawaiian islands is expensive, one of our biggest costs, so I had to be really honest with myself about how much I could afford to make as well as how much time I could afford to give. Second, I committed to not doing this alone. I figured that if I could find a few volunteers maybe each of us could take up a day of the week. So I posted what I was doing on Facebook. Several people from the local vegan group responded and one actually showed up at the next meal share. It was so much better to share the space with another person. And, this is how the Chilis on Wheels – Maui Chapter was formed.

I do believe that when you have two people it’s much easier for a third to join in. Within a little over a month there was three of us and we were handing out meals weekly. Six months later and and I’ve stepped back from meal shares and the other volunteers stepped in, making vegan meals one could only dream of. One volunteer has a particular gift for making traditional Hawaiian meals and another is famous for her cookies and abundance of fresh fruit. On any given week these two volunteers are handing out 25-50 meals to our friends without homes. When I go to bring them supplies I often hear of them bringing additional things to the community, like dog food or guitar strings. They listen, they are part of the community, they are in the simple and consistent service I experienced in Puerto Rico with Michelle. I myself focus time on telling our story, fundraising so we can afford recyclable containers, and listening for more volunteers; I am in service to those volunteers who are in service to the community. We thought we’d leave you all with the recipe for banana bread that we’ve used, a common gift given here on the Hawaiian islands between friends. If you’re interested in supporting our meal shares or volunteering you can reach Nicole at [email protected] or join our Facebook group here. And if you’re interested in starting your own chapter in your hometown, please get in touch with Christian, our Chapter Development Director at [email protected]